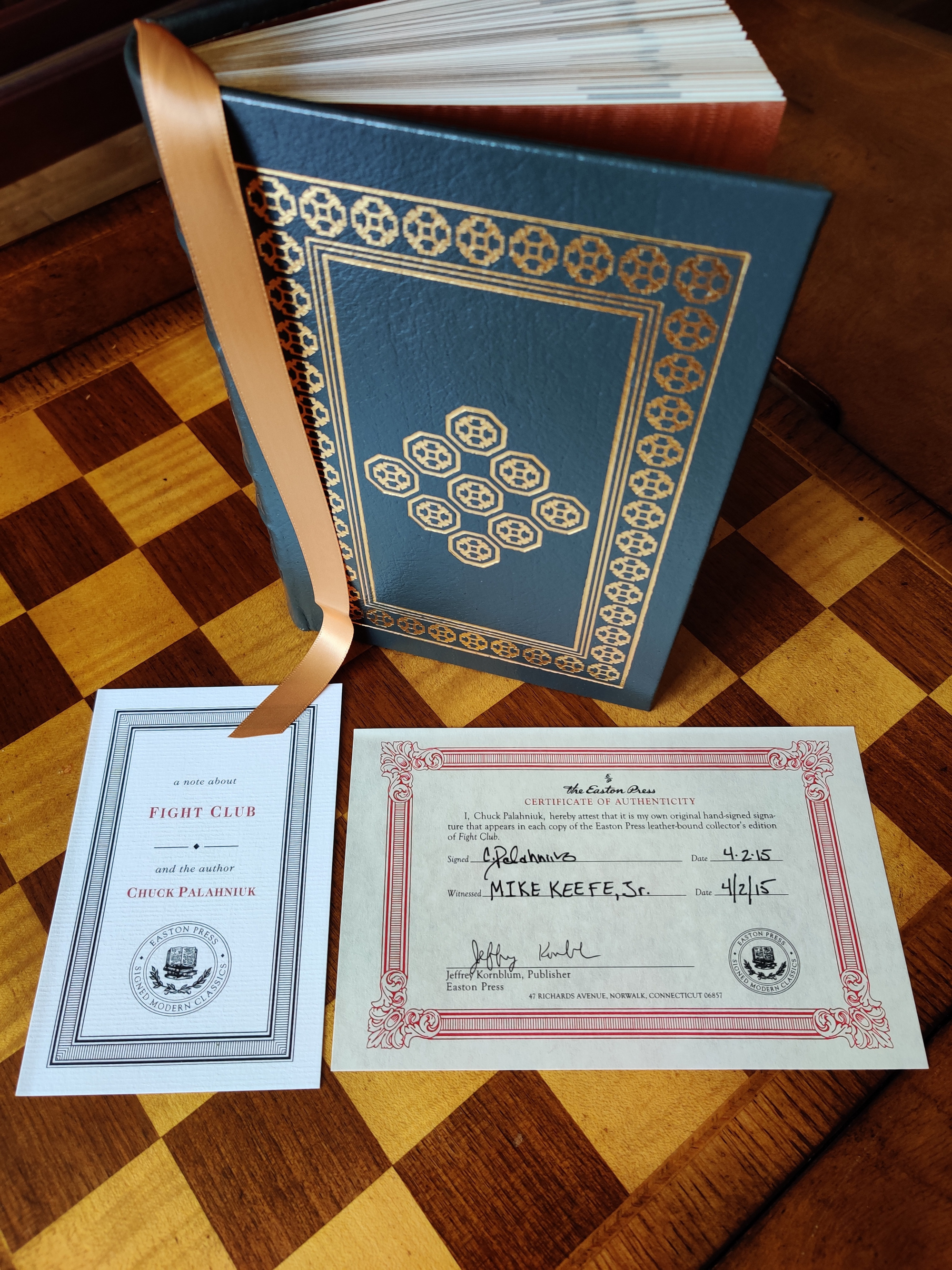 I first read Fight Club around twenty years ago, around the time I was in university. It taps perfectly into that uncertain angst a young man feels, so it was interesting to re-read it again recently as an older (and hopefully wiser) man.

Firstly, although my opinion of the book has changed, but I still hold it in the same very high regard. It is a brisk read, fast paced, and very thought provoking. Honestly I think it is one of those books that should be read multiple times.

The book portrays a dull young man, bored and depressed with his life, who befriends a charismatic man of similar age named Tyler Durden, who is certainly not what he seems. Tyler is everything that he is not: confident, charming, subversive, and a leader of men. Tyler draws the narrator deeper into an alternative nocturnal life, starting with the founding of an illegal bare-knuckle "Fight Club" in a back alley basement that grows into a country-wide franchise, then ultimately becomes a recruitment vehicle for a violent, revolutionary cult.

It is at this point that my perception of the book has changed as I have gotten older (and have more to lose in my real life): when I was younger, joining Tyler's cult would have been edgy and interesting (I had nothing to lose), but now in my middle-age I worry greatly about charismatic leaders and how they can lead young people astray.

Ultimately Fight Club is about mental health, personality displacement, and the cult of the charismatic leader becoming so unstoppable to the extent that it can continue to operate long after that leader is gone (the legend is enough, facts are optional). It's a brilliant character study, well worth your time.

For my recent second reading, I enjoyed this beautiful leather-bound (Tyler would approve) Easton Press edition which is signed by the author Chuck Palahniuk. It is out of print, but occasionally a copy will appear on EBay if you are lucky.