Review of Solaris by Stanislaw Lem

Published in 1961, Solaris by Stanislaw Lem tells the story of Kelvin, who has been sent from Earth to investigate the current situation on a research station based on the distant planet Solaris. When he arrives, he finds one of the inhabitants of the station is dead, one is locked in his lab refusing to come out, while the remaining crew member is communicating in a cryptic and suspicious manner, and clearly does not trust Kelvin’s motives for being there.

On the face of it, Solaris is a mystery science fiction novel about the crew of a remote, isolated station. However, as you explore the book further, you realize that there is a much larger player at work, the planet Solaris itself, which is covered by a sentient “ocean” that appears to be trying to communicate with the inhabitants of the station, or perhaps is trying to study them? The motives of this entity are never clear to us, perhaps because its intellect is too alien for humans to understand.

The entity on Solaris delves into the sleeping minds of the station crew members and constructs physical replicas of people from the past of each crew member, typically associated with some trauma from the past, and inhabits the space station with these unwelcome and confused visitors. The emotional stress of these visitations on the station crew is telling, and when Kelvin himself receives a visitor, his own situation begins to spin out of his control.

Solaris is a superb science fiction novel, but also asks very philosophical questions about what it means to be human, and how exactly could humans communicate with a truly alien entity with very little terms of reference between both species? 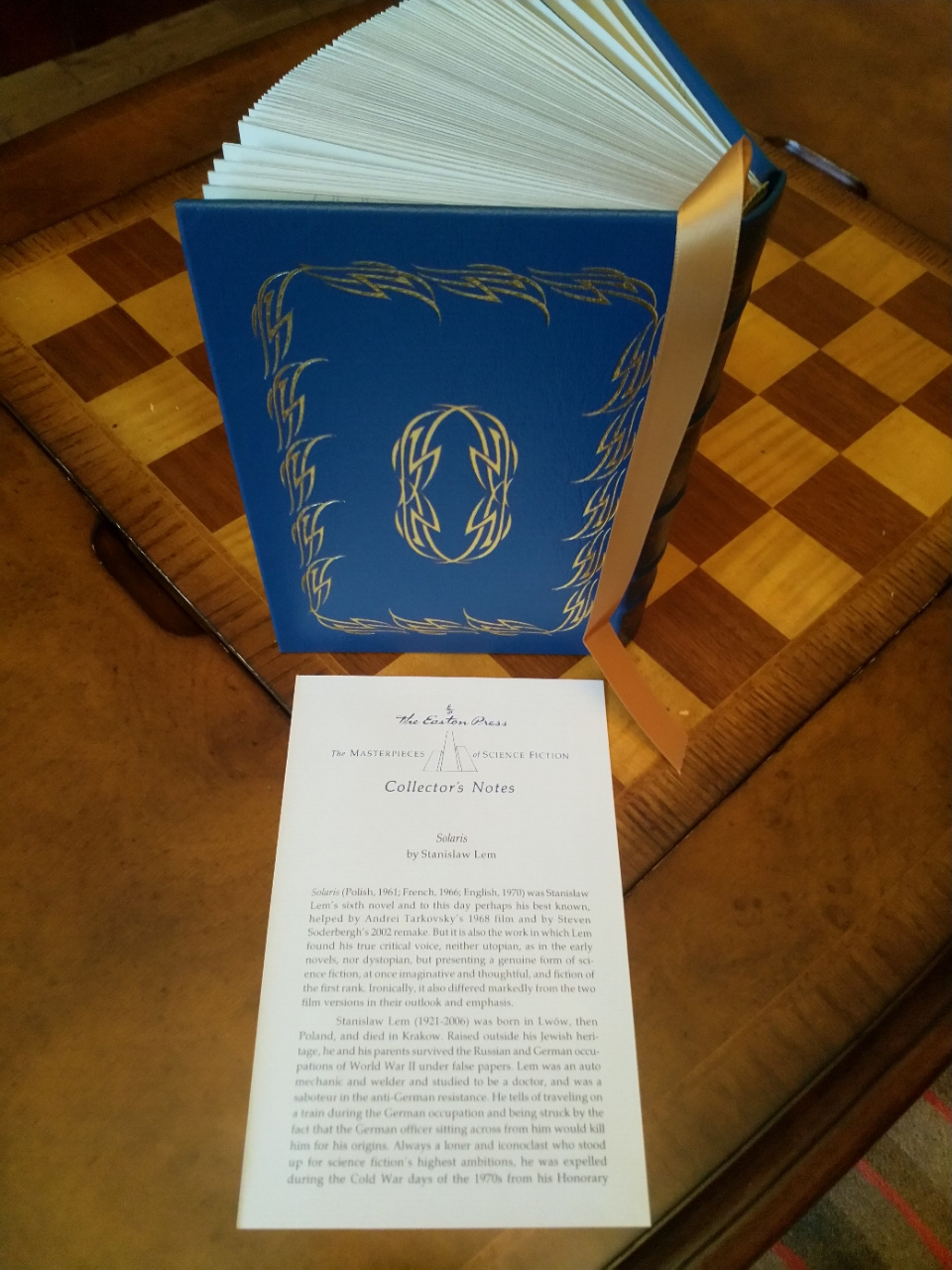 The beautiful leather-bound edition I have is pictured above, which was printed by the Easton Press. It is now out-of-print, but you can find copies on EBay (for a premium price, given that it is a rare book from a fine press) or alternately, you can find the book on Amazon.

It is also worth noting that there have been two attempts to convert Solaris to film, firstly in 1971 by Andrei Tarkovsky, and secondly in 2002 by Steven Soderbergh, both of which are different but excellent, well worth seeking out. 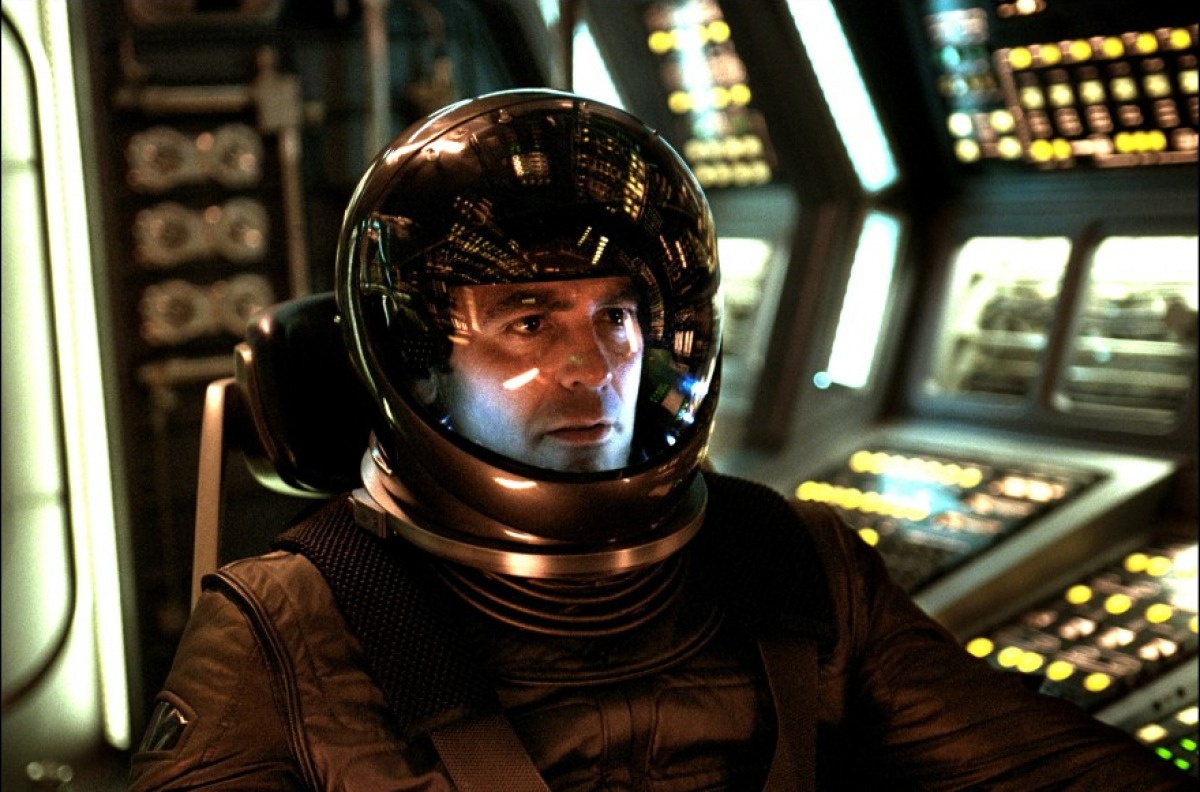 George Clooney played Kelvin in the 2002 version, and was excellent in the role in terms of his understated intensity, a real stand-out performance from him.