I love my Dell XPS 13 Developer Edition, which is the version of this ultra-book that Dell ships with Linux pre-installed as part of it's "Project Sputnik". 1 As a Linux user, I really love that I now have this option to buy a laptop without having to pay a license fee for Windows, that I will never use. I really support Dell for doing this.

However, some of the Dell XPS 13 models like my 9343 (2015 edition) were shipped with a Broadcom wireless adapter, which due to not having a decent Linux driver results in the following issues (based on personal experience):

I had read online that Intel adapters worked much better on Linux, mainly due to open source drivers being included with Linux itself making this network adapter "just work". The model I chose is the Intel Dual Band Wireless-AC 7265. I can confirm that after installing this in my XPS 13, after of the issues listed above are fully resolved. The following section describes the installation process I followed.

Note that you will need a T5 Torx screwdriver to open the star-shaped screws on the back of an XPS, I would recommend just buying a full set as they are cheap to buy and it is useful to have. 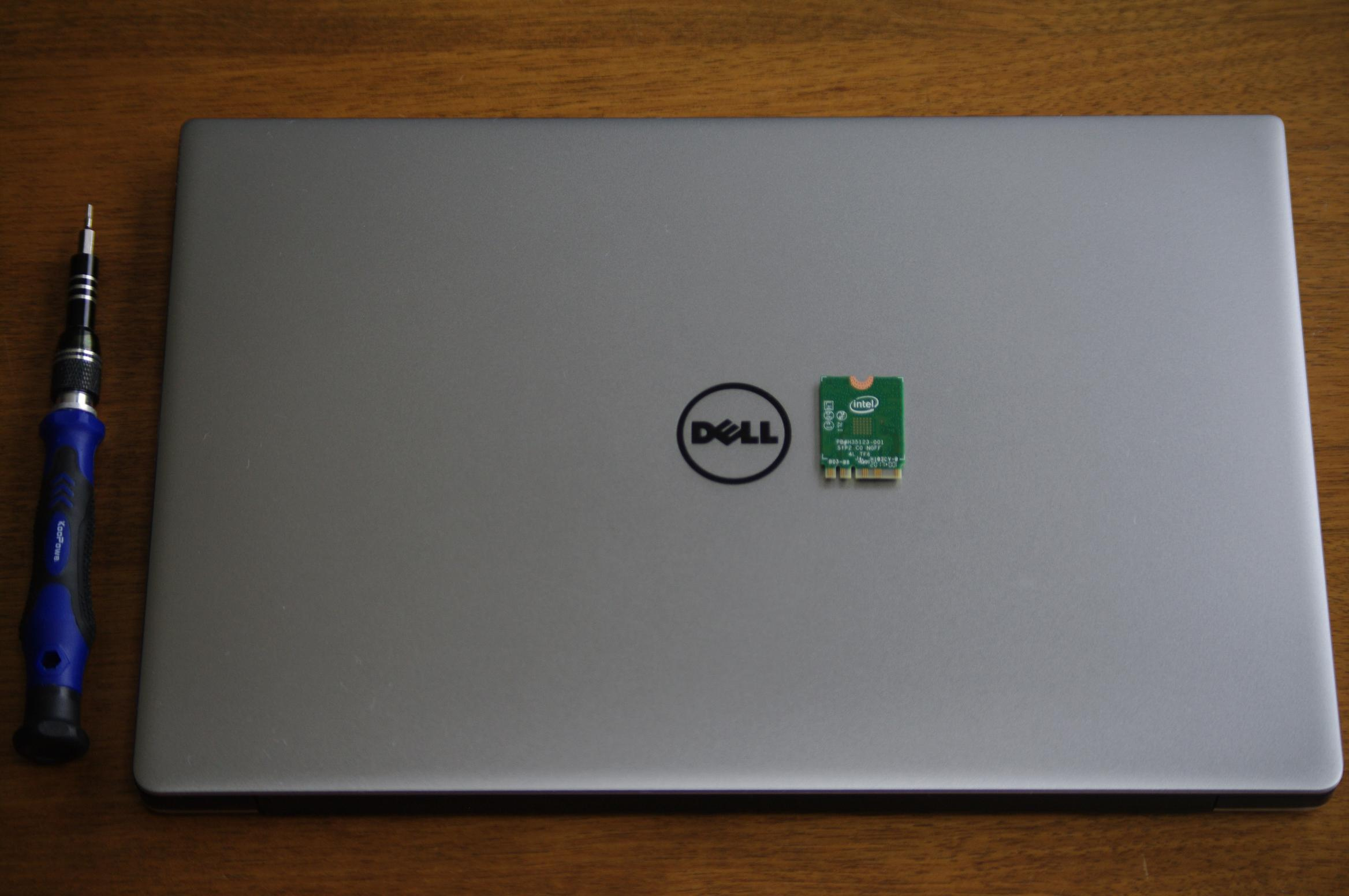 You should then remove all of the screws on the back of the laptop, note there is a final Philips screw underneath the flap with your serial number that you will also have to remove. You should then gentle remove the back plate of the machine, if it requires some prying then please use a plastic tool as a metal tool will mark the aluminum shell of the laptop. 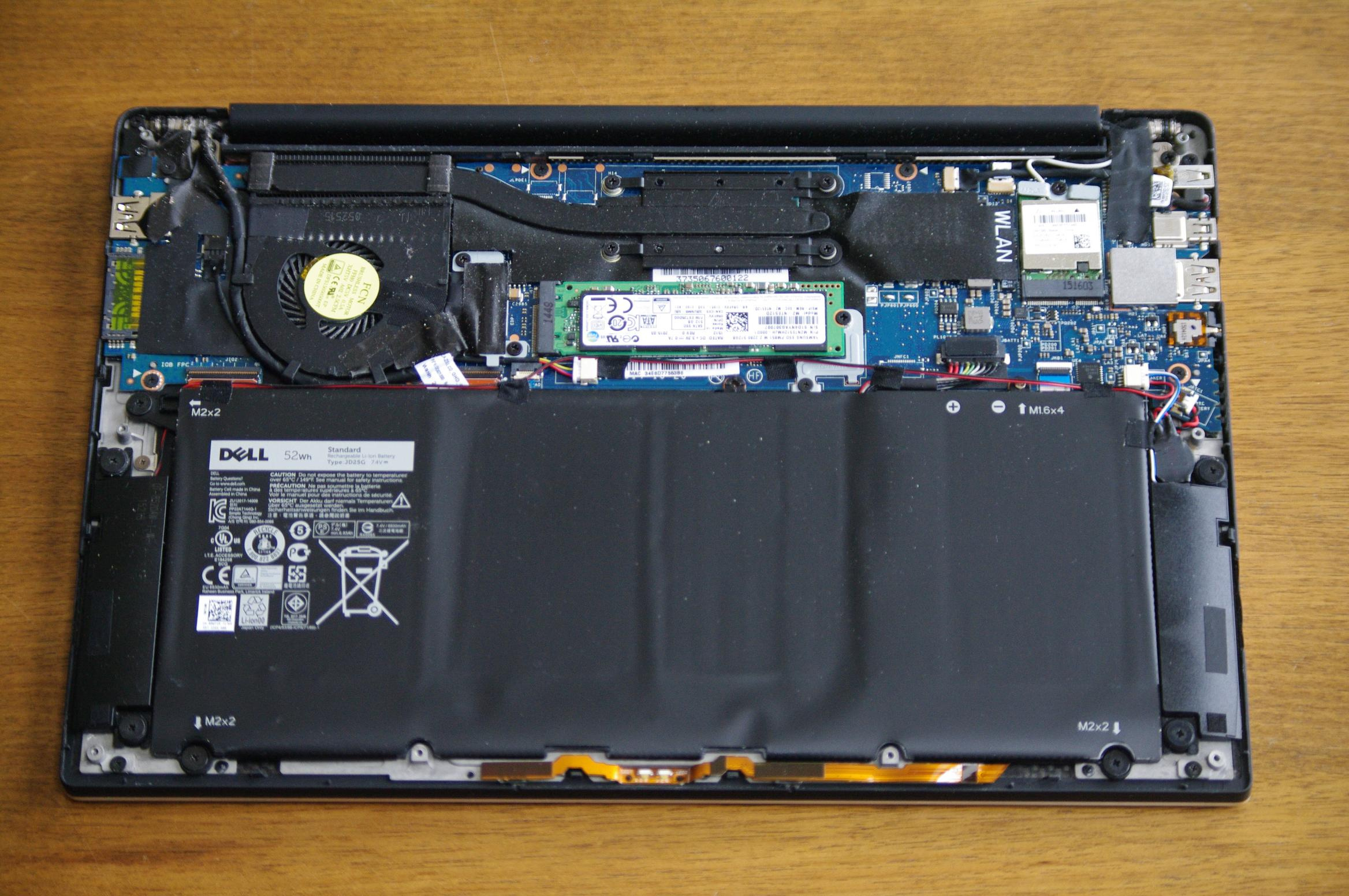 In the top-right corner you can see where the wireless adapter is located. If we look closer at that: 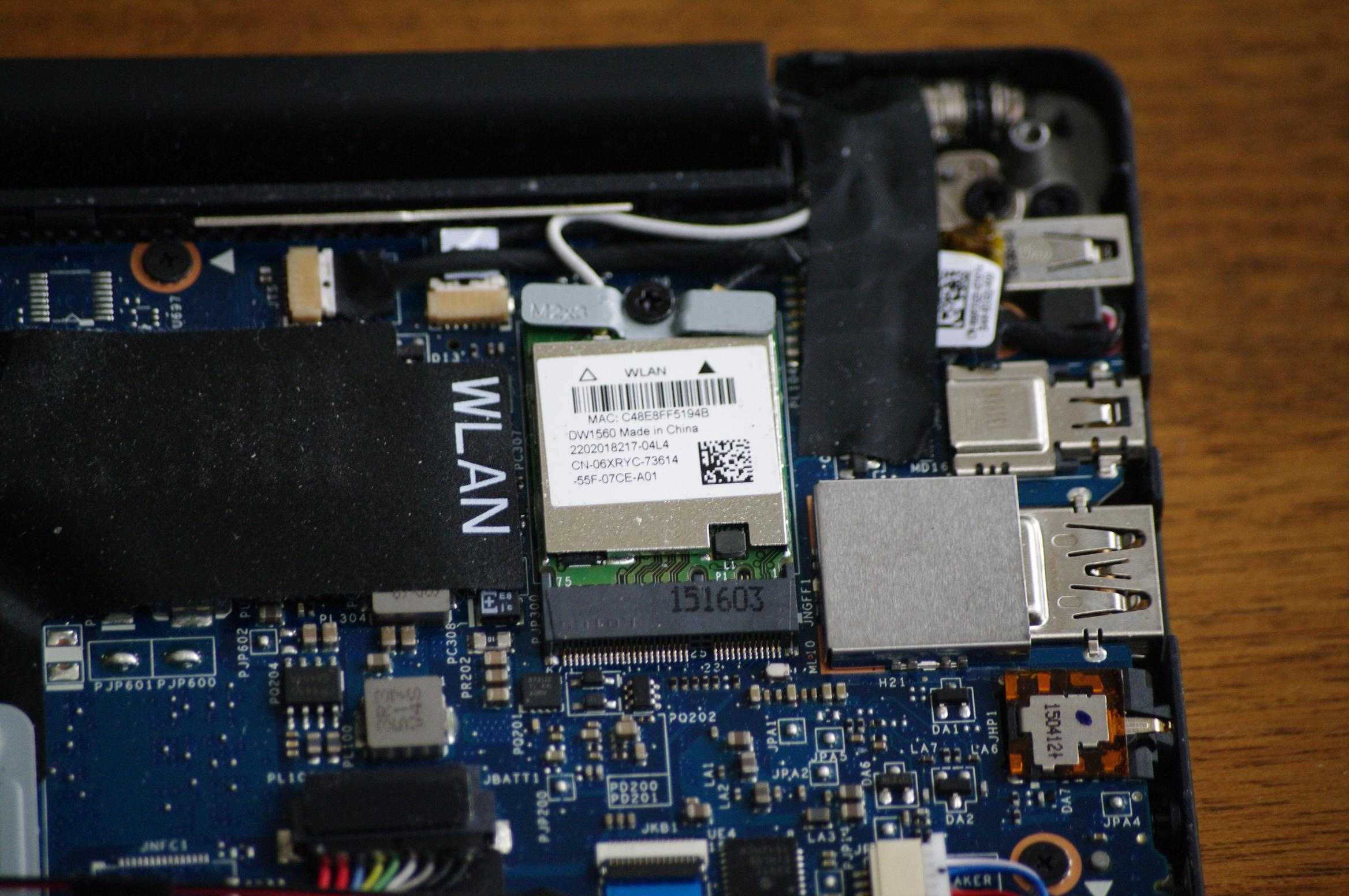 As you can see there is a winged metal bar holding the adapter in place. Unscrew that central screw with a Philips screwdriver, then remove the bar. Underneath you will see two small wires connected to the adapter: a white main wire, and a black aux wire. Gentle remove both of these connectors, and you should now be able to slide the adapter out.

The new Intel adapter should now be installed in the same position. Note the main and aux connectors on the adapter will be marked, just matched the correct wire to the correct connector: they should lock back into place with a bit of gentle pushing. I would suggest connecting the wires first before sliding the adapter into place. Finally, place the wing back over the new adapter and put the screw in place, then screw the back of the XPS back on.

If everything is working as expected, your new Intel adapter should work on first boot up, as no additional steps are required to install the driver. Hopefully you will experience the same marked improvement that I got from this adapter!