"The badger already knows you are wrong, with complete certainty"

From the dictionary1, some alternative definitions of the word badger:

: to bother or annoy (someone) with many comments or questions
: to ask or tell someone again and again to do something

Badgering is an aggressive questioning technique that is intended to steer the recipient to a conclusion that has already been reached, inside the mind of the badger.

The badger already knows you are wrong, with complete certainty, the rest of the conversation is simply about driving you forcibly to the same conclusion. The more you fight it, the more the badger is convinced of your guilt.

Tactics applied by the badger

Typical tactics used by the badger to unsettle their target include talking over them, using questions apparently unrelated to one another in quick succession, and drilling in on minute detail that they know their target will not be able to recall, all of which are designed to unnerve and deride the competency of their target.

Jeremy Paxman is a long-serving presenter of the Newsnight current affairs program for the BBC. He is infamous for his aggressive interviewing techniques. Here is a sample video of him in action, watch how he applies the tactics described above:

How to tame the badger

Here are some techniques I've used over the years:

Why do they do it?

My emotional response to that question is "Who cares!". An asshole deserves to be treated as an asshole. They should be professional enough to drop their personal issues at the door to the office each morning, and collect them on the way home.

Looking deeper into their motivations, they want to assert their dominance and superiority over you. They have figured it out, they have all the answers, and now they will prove it to you and run you down in the process. Beware the wrath of the badger and despair! 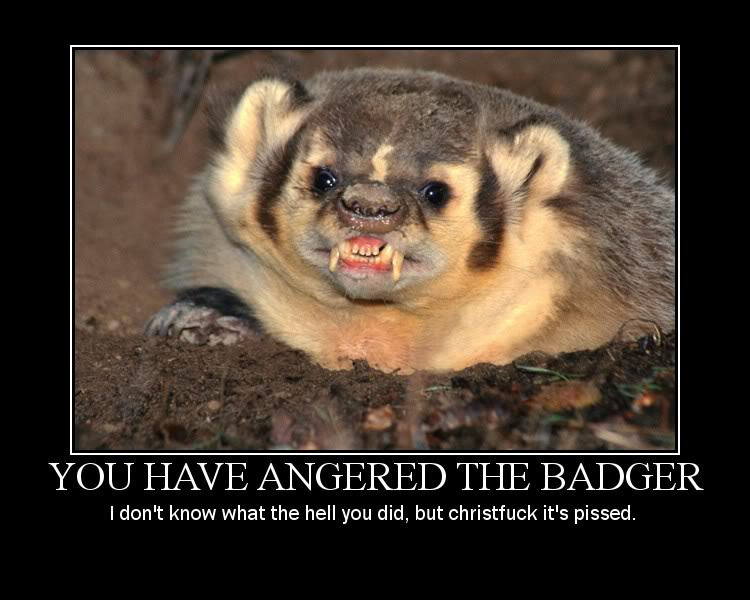