We are all engineers

Recently while placing an ad for a Database Administrator (DBA) for my team on a career website, the site suggested similar roles to me, one of which was for a "Database Engineer" at Facebook.

It reminded me of an interview I did with Facebook a few years back, when they suggested that I pursue a "Sales Engineer" role with them. I declined, firstly because it was not the role I had applied for and secondly because I had no interest in doing anything sales related, to which they insisted that the role involved no actual sales.

It seems that job titles no longer have any real meaning in this industry, with regards to how they match responsibilities of the job in question.

Facebook seem to be particularly fond of the "engineer" suffix, here is a sample of their current vacancies1:

I could go on, but frankly this is exhausting.

There was a time when an engineer looked something like this: 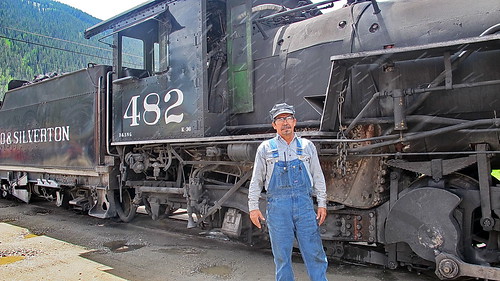