Replacing the MSATA SSD in a Lenovo U410

I bought the Lenovo U410 variant with a 1TB HD and a 32GB SSD about a year ago. Originally, the device was configured to use the 32GB SSD as a cache for the 1TB hard drive, to help improve overall performance. To get the full benefit of the fast OS (Fedora Linux in my case) boot time provided by an SSD however, I decided break this connection in the BIOS RAID settings of the laptop and use each device separately: the SSD hosting the OS, with the HD hosting my data (/home partition).

I therefore moved the OS to the HD temporarily, and was forced to give up on the SSD until a replacement was found. I settled on the Plextor PX-256M5M

, which has been getting great reviews both for performance and reliability.

Firstly, you should be aware that by opening your laptop you will void the warranty if it is still under one. Secondly you should ensure to discharge any static electricity from your hands before opening any computer. Finally, the steps below are offered as a guide only and are not guaranteed to work on your device: I take no responsibility for anyone's broken laptops!

Okay now that is out of the way, let us begin...

This is what the device looks like outside of the packaging. Hard to believe that I am holding a 256GD hard drive that small in my hand. MSATA and SDD are wonderful personal computing technologies. 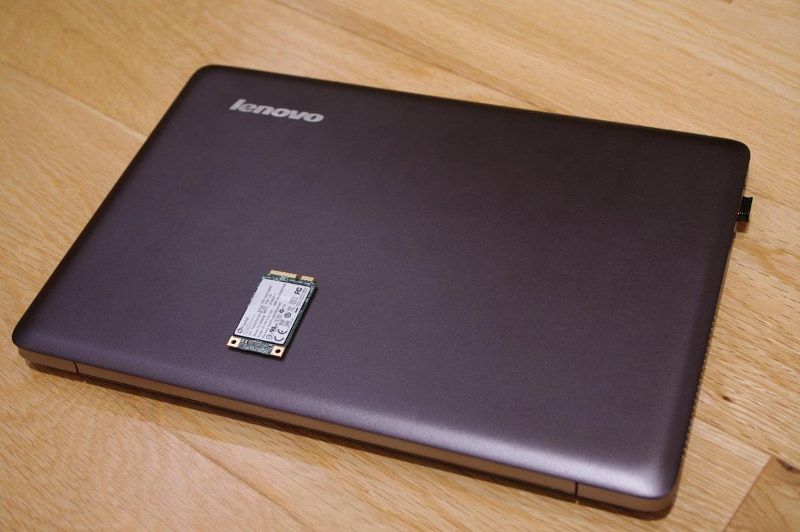 This is what the device looks like on top of the Lenovo U410 IdeaPad. This laptop is about to get a lot faster. 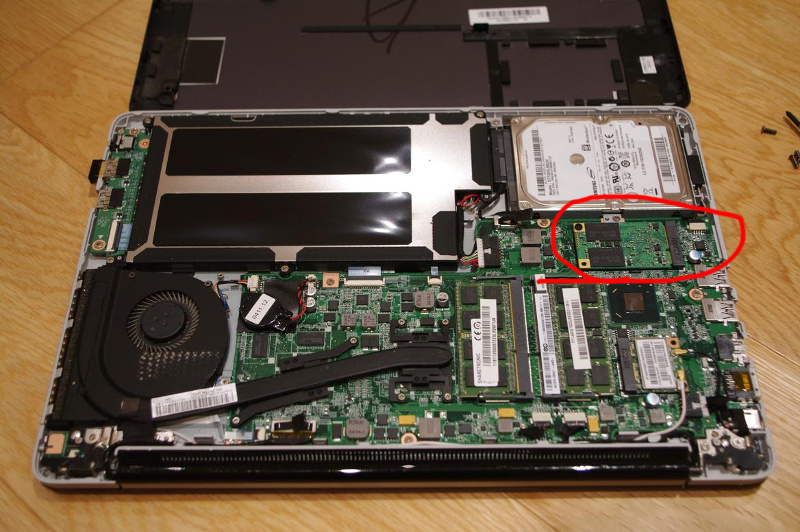 Once you open up the laptop (just three screws on the underside, under the rubber feet), you can see the existing 32GB MSATA SSD beside the main HD. It is circled in red above. 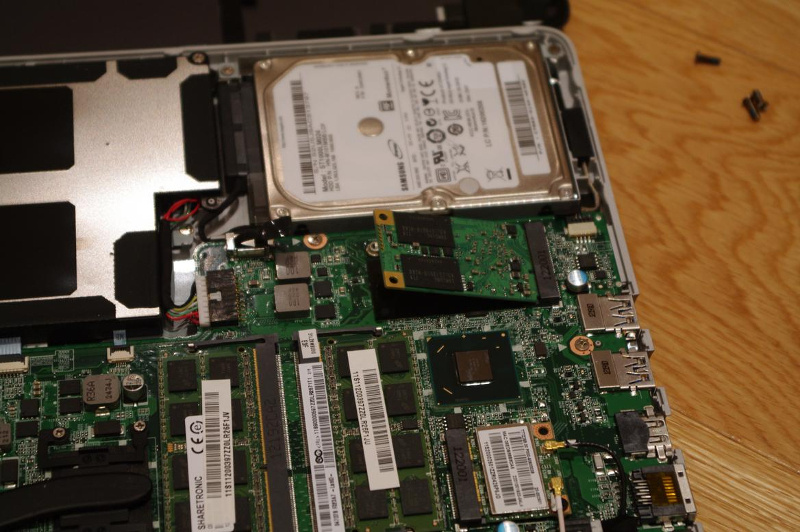 Removing the screw holding the SSD in place will cause it to pop up like so. Now you can remove it, and place in the new device. 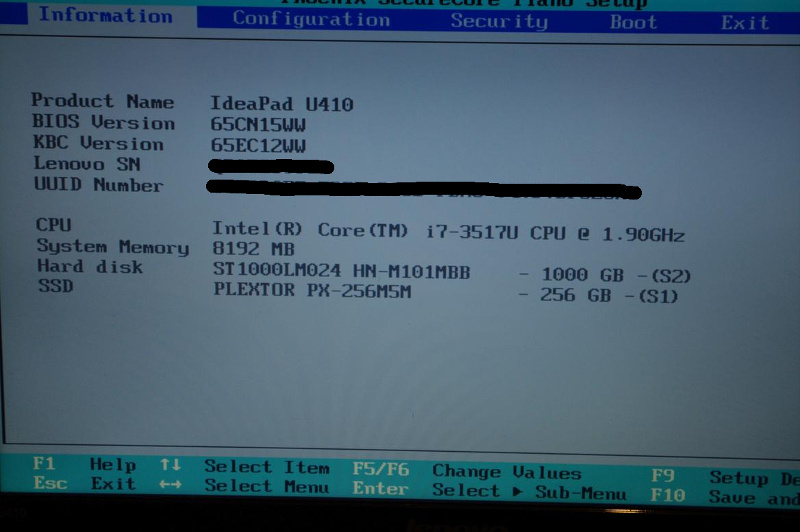 After I started the laptop again, I can now see the new SSD listed in the BIOS. No drivers required, making this a pretty simple upgrade really.

The next task I needed to complete was to install Fedora Linux on the SSD, and switch over to that in the BIOS as the boot device. In comparing the boot time between the HD and the SSD for the same OS on the same laptop, I have shaved 15-20 seconds off my boot time. More importantly, the OS feels a lot snappier once I have booted: applications load faster and the whole experience is much more enjoyable. Another added benefit is the longer battery life, as SSD devices have no moving parts they use less power overall. I am very happy with this upgrade.